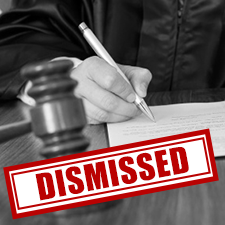 Mr. Wortham was charged with four counts of drug distribution, one count of simple possession and one count of maintaining a dwelling where drugs are sold after a lengthy “investigation” by the DEA, the Oklahoma Bureau of Narcotics [“OBN”] and local law enforcement. Headed by the McAlester, OK office of the DEA, the investigation employed several felons to conduct undercover drug buys from a number of SE OK citizens. The deals employed video cameras and audio equipment hidden on the felons as they conducted the alleged deals.

At the probable cause hearing, Haslam cross examined the snitches aggressively and learned they both were using their snitch payments to buy and consume illegal drugs while they were ostensibly conducting these undercover buys – a direct violation of the written contract they entered with law enforcement. After establishing the felon/snitches were liars, Haslam elicited from the law enforcement agents conducting the investigation that they did not thoroughly search the snitches before they sailed off on their undercover efforts. And last, he exposed that the audio/video evidence they claimed was generated in these alleged deals of Mr. Wortham never showed his face, or actually recorded a deal. At the end of the day, then, the State was left with the credibility of convicted felons who admitted lying about their drug use to the DEA to make the case that Mr. Wortham was selling to them.

The prosecutor completely dismissed all the cases against Mr. Wortham – each carried up to life in prison – except one. He pled guilty to one count of simple possession, 7 years probation and 30 days in the county jail. In addition, Mr. Wortham had been on probation in Red River County [Clarksville, TX] when he was arrested on these charges. Although Red River County moved to revoke his probation and send him to the Texas penitentiary for 5 years…Haslam succeeded in gaining the dismissal of this effort, as well.