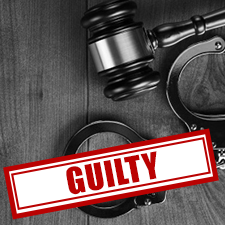 Another case with nationwide coverage, Oscar was originally charged with murdering a step-daughter. After the conviction on that charge, Tulsa County prosecuted him for allegedly sexually abusing a surviving step-daughter.

Haslam defended Oscar in the second case. After a 2 week trial, the jury deliberated almost 10 hours before returning a verdict of guilty.

The evidence used to convict Oscar consisted largely of testimony by the surviving step-daughter that her sister – whose body was recovered in a field – had awakened one night and simply said, “He’s touching me…”, while crying. This is patent hearsay, but was admitted by the trial judge under the so-called “excited utterance” exception to the hearsay rule. The State argued that Oscar must have killed the girl to prevent her from disclosing child abuse, and argued that he merely continued the unlawful touching with the surviving sister.

Today, however, this statement would not be admissible. Under the U.S. Supreme Court decision Crawford v. Washington, 541 U.S. 36 [2004], such hearsay is violative of the Confrontation Clause of the Sixth Amendment of the U.S. Constitution.