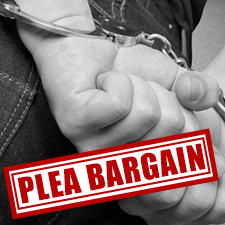 Mr. Stewart was charged in a two-count indictment for [i] conspiracy to distribute a controlled substance [oxycodone & hydrocodone] in violation of 21 U.S.C. 846, and [ii] unlawful use of a communication facility in violation of 21 U.S.C. 843[b].  The U.S. Attorney alleged he bought pills from a man engaged in a large-scale corruption of Texas health-care facilities.

While the allegations contended only a single purchase, conspiracy law casts a broad legal net that can make even someone who had no idea about the greater scheme nonetheless guilty of conspiring to advance the scheme. The use of a telecommunication facility statute criminalizes the use of devices as common as cell phones when used during the commission of a crime.

In this case, the DOJ dropped the much more serious conspiracy count.  However, the government sought the statutory maximum 48 month sentence for the remaining count phone count.

After a sentencing hearing that involved witnesses called to the stand and examined by Haslam before the federal judge, the Court sentenced Mr. Stewart to only 27 months in prison.  After the hearing, however, the government advised it expected Mr. Stewart to be held for a substantial amount of time before his release. Haslam promptly challenged this position, and persuaded the Bureau of Prisons that an accurate accounting of his time credits warranted immediate release.

Mr. Stewart was released from custody to just one year of supervised probation the day after his sentencing.

In this case with almost 70 codefendants, the federal government alleged Mr. Alexander drove a man to a Dallas area motel put him together with a seller of meth.  To increase the sentencing ramifications, the government further alleged the meth was from Mexico.

Federal drug prosecutions increase the sentence as the drug amount increases and as the defendant’s criminal history increases.  In this case, the Garland DPS lab conducted the lab tests.  In a fascinating development, lab analysts refused to qualify the meth presented to it by law enforcement as “actual” meth rather than a meth mixture, a characterization that vastly increases the sentence. In response to this refusal, the the U.S. Probation and Parole Office employed an equation to up-convert the quantity reported by the lab to a greater quantity of actual meth.  And, then, of course, the USP&P Office reported that greater amount to the Court in its Presentence Report after Mr. Alexander plead guilty.

Haslam challenged this process as a deception on the Court: the proposition that federal probation officers are conducting organic chemical analysis in felony prosecutions is unauthorized, and for good reason. When confronted with this issue by Haslam, the AUSA prosecuting the case agreed to plea Mr. Alexander to the low end-point of his sentencing range under the U.S. Sentencing Guidelines to avoid an evidentiary hearing that would reveal this practice to the federal judge.